I first learned I was different at five years old. When I was younger, my family would rise at 5am every morning to do Pledge. In our Winnie the Pooh footie pajamas, we’d be woken from bed to head to the living room, where we’d bow to True Parents, sing hymns, and read from scripture.
Despite being exhausted, we were woken up before dawn to kyung bae (bow) like zombies and sit cross-legged before a cheap Sam’s Club coffee table holding a picture of the Moons. Feeling guilty for missing my bed, I’d close my eyes while listening to my father recite emphatically from The Divine Principle or one of the other dozens of books every Moonie was supposed to own.
Pledge was named (I think) for a list of 10-12 pledges where we’d swear to uphold the heavenly kingdom by a reciting a list of holy laws. Updated lists translated from Korean would often re-word the pledges once a year or lengthen the list, but the recitation of these began every morning ceremony. We would fully bow to the photograph of Reverend and Mrs. Moon three times; from standing position we would kneel and press our foreheads to the floor. My parents would pick some hymns or holy songs as they were called; often translated Korean songs or rock n’ roll socks from the 1960’s with ‘Lord’ replacing ‘baby’ (this version of the Beatles’ ‘8 Days a Week’ was popular at church camp.) My parents would select one or two sections of Unification Church published literature and read aloud for a half an hour, afterward we were all expected to pray for five to ten minutes.
My parents would open pray out loud in a low speaking voice or a whisper, sometimes crying, pleading with the lord to help us make the Kingdom of Heaven on Earth and ‘bring the victory’. I had no concept of hypocrisy at that age, but I remember feeling uncomfortable watching my father pray so ardently. It felt like he was putting on a show; a competition to be the most emotional while praying so you could he more lax in his behavior later. I felt my mother was more genuine in her prayers, though certainly no less fanatical. Even at five I could feel the loneliness my mother carried inside her like a lead weight, and that her kneeling and praying before the coffee table shrine was the closest thing she’d get to leaving God a voicemail. 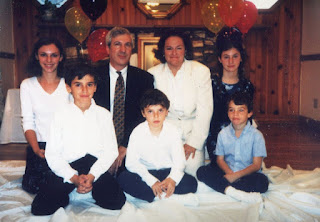 As a child, I can’t recall actually understanding or absorbing most of the information. Core ideas like honoring your parents, saving your purity until marriage, and battling Satan’s many temptations were re-fed to us throughout our childhood, whether at Sunday school, church camp, or religious workshops. I can’t specifically remember them from solely from Pledge; however, the tunes and manically pious lyrics were engrained into my subconscious:
“Gratefully I give, offering to him. Triumph and glorious love!”
Among my parents book collection of religious doctrine I recall a large paperback book with a kelly-green cover. Within its pages of teaching it held colorful diagrams that were meant to assist in explaining theological concepts. One in particular illustration that stands out in my mind had oblong ovals labeled: God, Man, and Woman. Arrows directed how God connects fully with man, and that the woman only receives God’s love and influence through a man. I’d only pull the book off the bookshelf to look at the pictures; I figured I’d make more sense of the colored diagrams since I didn’t have the attention span to delve through the pages of text. Yet somehow, my kid brain couldn’t process that God wouldn’t talk to me or love me directly because I was a girl.
I don’t remember praying as fervently as my parents did, I would often sneak glances at my better-behaved sister and make silly faces at her while my parents prayed. I couldn’t wait until they finished; two glorious promises of cinnamon toast and bed awaited me. After Pledge, my mom would make us cinnamon and sugar toast as a reward for getting up early and sitting through 45 minutes of prayer. One morning as I watched the sky lighten in gradual shades of blue, I munched on my toast and thought about the houses across the street with their living room lights turning on. I asked my mother if our neighbors got up as early as we did for Pledge, and without much of an explanation as to why, she answered that not all families do Pledge. I was confused. Why not? While ‘normal’ is not quite a formed idea in a small child’s mind, what their families are like is the basis to compare the rest of the world on, and I had simply assumed that every other family on our cul-de-sac got up to pray the same time we did.
It was the first of many lessons on how I was different from every kid in all the neighborhoods we’d live, all my peers in school, every friend I’d ever have, and that I was far from normal.
Posted by Lani Barry at 9:59 PM