Eighth grade was my favorite year in school. I had begged my parents to remove me from the local public school in our neighborhood of Mesa, Arizona, which was largely populated by Mormons. It had taken me less than a day to be identified by the students as an outsider; I didn’t know how to respond when I was asked if I was LDS.

A friend of mine from our church was attending a Charter-Montessori school 25 minutes north of us in Fountain Hills, and somehow I had convinced my mother to drive me across the Indian Reservation and past the landfill to what would become my adolescent shelter.

I was among an eclectic mix of ragtag seventh and eighth graders who were taught in a single room all day, with a specialized curriculum, and an awesome teacher who would bring us back Kinder eggs from Austria and sing along to Shaggy in her car. I finally felt comfortable in school; I made friends, got good grades, and had my first boyfriend (which would be my mother’s foremost regret bringing me to that school.) I still keep in contact with a handful of people from that year in my life. Back then, I couldn’t wait to get up in the morning and go to school, it was an escape for me into what I had hoped was normalcy. Eighth grade was my safe bubble.

Before we had been living in a townhouse complex in Awatukee, right on the outskirts of Phoenix, and I had finished 6th and 7th grade as a complete outcast. My family had been moving every other year of our lives. No, my dad was not in the military, he just couldn’t hold a job or hold a house. Never actually having owned one, we moved around anytime we could no longer afford the rent or if the owners were selling the house. As I was entering eighth grade we moved into a large house with a walled-in backyard on a quiet cul-de-sac in Mesa.

Even when we were viewing the house, there was this intangible sense I had of suspicion. At thirteen I still lacked the ability to articulate specific feelings, but something felt off. How could my family ever afford a house so big? It certainly seemed to be the largest we had lived in yet. And what was the awful smell in the house?

Turns out, thirteen-year-old intuition isn’t far off, as the smell was the residual essence of a scandal that had occurred in the house within the past year. Luckily for the realtors, Arizona State Legislature had just passed a bill allowing non-disclosure regarding information about property. Three days after moving in, a neighbor wielding a baked confection stopped over to welcome us, and to inform us that a man twice convicted of sexual molestation had lived in our house. After being released from jail the second time, he ended his life in the kitchen by blowing his brains out by the refrigerator. Lacking accuracy, he apparently dragged his bleeding body into the adjacent laundry room, where he laid down to die. His ex-girlfriend found his body there weeks later, after a concerned neighbor had contacted her about a strange smell emerging from the house. Not only did it explain the smell, but also it explained the residual stains left behind on the 1970’s tulip wallpaper in the laundry room and kitchen; tiny splatter marks that couldn’t be hidden by shiny new appliances.

If the horror story and accompanying smell weren’t traumatizing enough, the cul-de-sac happened to be built on top of a scorpion nest. Every house was infested with Arizona bark scorpions that ranged from teeny tiny (like the one that snuck into my bed in the middle of the night and stung my knee-pit) to huge (like the one who stung my right ring finger when I tried to flick him off my brother’s sandal). Our amused neighbors would take black lights out and go hunting for them in the backyard, but we lived in constant terror of them - they were everywhere.

Our trusty midget chicken, Pollita, would consume her fill of scorpions and cockroaches outside, but that didn’t stop the scorpions from being on the bathroom wall when you were in the tub, crawling into your bed while you were sleeping, or walking around the house and dropping unexpectedly from ceilings. The second time I was stung, my mom gave me an odd mix of Nyquil for the antihistamines, and an Aleve to help with the pain. Afterward I sat in a half-full bathtub of lukewarm water, shivering with a strange drug reaction and a pain in my arm that felt like it’d been slammed in a bank safe door. To this day, I sometimes wake up startled from a dream where I was back in that house with scorpions everywhere. 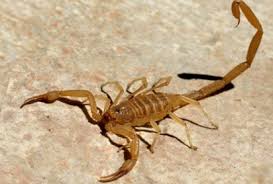 It was then at thirteen that I began to have panic attacks. I felt as though I was losing my mind, I felt trapped there in that house with nowhere to go. I became afraid of being at home. It was a disturbing result of my parent’s volatile relationship, the stressful, constant vigilance against being stung, and the ambiance of a dark house that had been a man’s own mental prison. One moment, I’d try to calm myself down by crawling into bed on my bottom bunk. But I couldn’t breathe; I still didn’t feel safe. So I’d jump out of bed and pace around the house, clearly disturbed with anxiety. Eventually I would walk with my sister to the playground of the local school or to the convenience store across the street to get a soda. The longest I could stay still was in front of the family computer, reading online anime fan-fiction (PG-13) or IMing my school friends on AIM through our dial-up connection. Somehow, the wealthiest section of Mesa became a dusty-brown, stucco prison. I would look forward to school with a more sincere need than a child waiting for Christmas morning. Weekends were akin to a life sentence, and Mondays were sweet reprieve.

Two or so weeks before graduating from eighth grade, my mom (who had been suffering in her own disquietude) informed me she had to have a serious sit-down talk with me after my graduation ceremony. The expression on her face and the thick tension I’d felt at home for months connoted that it was to be a discussion of severity. While I was drowning in panic that my safe haven of friends and school would forever disappear in a matter of days, my mother would remind me of the foreboding meeting we were to have.

Graduation was over all too soon. My teacher and assistant teachers cried and hugged us goodbye, telling us how proud we were of them. I made rounds talking to my friends, trying to stall leaving my sanctuary by initiating conversations about high school, since the Charter school ended at eighth grade. Somehow, I ended up in a booth across my mother at a Mexican restaurant in Mesa, trying to force down tortilla chips and salsa even though my stomach couldn’t bear to hold down anything.
Over what I think was a bean burrito, my mother informed me that along with my father’s porn addiction, she suspected my father had been sexually molesting my brothers, that my sister and I may have been molested when we were younger. Due to the severity of the situation, and the fact my father had lost yet another job, my mother felt it was necessary to leave my father and take us away.
Apparently, she had refused the shelter of my Grandparents, her parents, who lived in a neighborhood called Arcadia near Camelback Mountain. My grandparents who loved us dearly had offered to support us, even offered to buy us our own house. Instead, my mother had found a job in Bridgeport, Connecticut as a dorm-supervisor for the boy’s floor of a Moonie-run boarding school called New Eden. 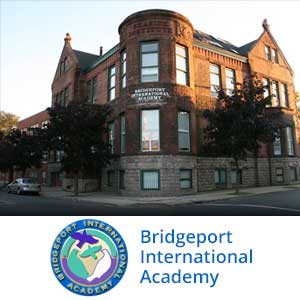 Problem was, we had a month or so until we were to move, and those long drawn out days were like being trapped in a nightmare. Telling your kids that their father is a sexual predator is a fucked up thing to do, regardless of it’s legitimacy. Most of us resented our father anyway; the way he’d initiate fights with my mother, verbally abuse us then neglect us the rest of the time. He used to hit my mother, but she’d keep it secret until we were old enough to witness it for ourselves, to which he would deny to others with the utmost sincerity. He became a more pronounced malevolent presence in the house, and we hated and feared him for what he may have done to us.

My sister and I would vacillate between shepherding our three younger brothers at home, to spending hours in the 100+ degree summer heat at the playground, turning over the facts in our heads and trying to process the situation we were all in. My mother had checked out library books about the symptoms of sexual molestation, and in the hammock of our backyard pointed out my brothers’ exhibited symptoms, neatly checked off in pencil. In the obvious turmoil she was undergoing, she took my sister and I as confidants and retold us conversations she had with my younger siblings about inappropriate touch scenarios that might have occurred with my father.

In the last few days of our time in Arizona, I remember lying on my bedroom floor in front of a small radio-cassette player, trying to make a mix-tape off the radio. After all, isn’t that what normal kids did? Make mix-tapes? Anything to distract me since the computer wasn’t free. I couldn’t stand Ben Fold’s ‘Rockin’ The Suburbs’, but I remember taping Sugar Ray and that graduation song by Vitamin C.

I don’t remember packing. I do remember the last night I spent at my best friend’s house, staring at the items on her bedside table and thinking it would be a very long time until I saw her again. I don’t remember getting to say goodbye to my grandparents, who would swiftly decline in health after our leaving. I do remember LaGuardia airport, and thinking what a shithole it was. And I remember crying like a baby in the back of our new boarding school headmaster’s red van, watching blurs of lush green trees breeze past on the highway through Connecticut.

My sister and I now refer to that point of our lives as the time spent in the ‘Scorpion House’. Nothing was ever resolved from the sexual molestation accusations. After unsuccessful family ‘therapy’ sessions with an unqualified Moonie counselor, she came to the conclusion my father was a wholesome man and that my mother was out of line. Any previously induced answers my brothers had given about what had happened to them were withdrawn and denied. Later in life, I would learn that a male friend of my grandparents had sexually abused my mother. Whether my mother sincerely felt her children were abused, or perhaps her projecting issues of her own abuse, nothing ever came out of the conflict and it has dropped from the pages of our family’s past.

When I had finished high school, I flew back to Phoenix to visit my ailing grandparents and visit three friends from my Charter school days. A friend brought me to the gates of my old school, and I peeked through the warm bars at the bright courtyard of the only place I had ever been happy.
Posted by Lani Barry at 11:40 PM