The sight of dense green trees made me cry. I had somehow accustomed myself to the browns and khakis of the desert, how front yards had red pumice-like stone gravel instead of grass and that nearly everything was landscaped. We were in a red Chrysler mini-van that belonged to the headmaster of New Eden Academy, the Unification Church run boarding school in Bridgeport, Connecticut, where our mother had taken a job as the 'Dorm Mom' for the boys dormitory floor.

Upon my parents split, I knew that our mother was taking us to Connecticut where we were going to start our new life away from our father, but somehow I still hadn't fully processed we'd be leaving Arizona. I hadn't thought about how much it would destroy our grandparents if we left, and what desecrated hell hole we'd be existing in for a year.

The headmaster picked us up from the airport and drove us to what would be our new home, and apartment on the 3rd floor of a large brick building. I remember crying in the van. I must have been loud or obnoxious enough that the headmaster insisted I settle down, or maybe to shut up. I can't remember.

Perhaps, our re-introduction to the east coast wouldn't have been so traumatic if it had been any other location than Bridgeport Connecticut. Immediately outside the University of Bridgeport campus where the boarding school was located was ghetto. Or rather, a severely economically depressed area prone to violence and vandalism. One of the many rules of the school was that we were not allowed off-campus without the supervision of an adult, as it was perceived as unsafe. It was all sprawling, crumbling, ugly brick structures to me - even the dormitory building where we lived.

Four floors of long cement block hallways painted in white with fluorescent lighting, connected by dingy blue-green carpet. The common rooms smelled like urine due to their proximity to the uncleaned bathrooms, the dorm rooms were arranged like cell-blocks, and looked like prison cells with larger windows.

Our 'apartment' was an area at the end of the hallway sectioned off by a heavy metal door. One room across the hall was where my three brothers slept, which also housed our family couch and television. Across the hall was the kitchen, 'living room', and my mothers room. The main living areas were mostly empty other than an abandoned stained arm chair and a small table. The remnants of our furniture were being driven cross-country by a drug-addict acquaintance of my parents that they knew from the church. With nothing to really unpack, my mom and I got our brothers situated into their room and put them to bed in the evening. My sister was away on PLA, a Unification Church organization that took Moonie youth across the globe to rally for purity and chastity, so I was just left in a large empty, filthy space with my mother.

As night set it, my anxiety had me panic stricken and pale. I felt trapped again and there was no escape. I didn't want to be there, I wanted more than anything to get back on a plane and return to my friends in Fountain Hills or to my Grandparents. But I was thirteen, and the despair of being so hopeless where we were was making it hard to breathe. I can't imagine what my mother was going through at that moment, and part of me justified not caring because I hated her more than anything for the situation we were in. She must have noticed me staring at the stains on the walls, or the uneasiness of settling into the filth of the room. In a delusional optimistic moment, she suggested we focus our energy on something more positive. Left in the kitchen was a yellow sponge, an hourglass shaped purple sponge with a white scrubby side, and a bottle of potent blue dish detergent. My mother and I stayed up till 3am sweeping and scrubbing the walls, the fridge, the sink, the floor, and the counter-tops. To this day, I become anxious when I come across the same dish detergent fragrance. 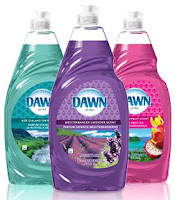 It took more than a week for our furniture to arrive, it would be a few weeks before I would set up a room for my sister and I on the 2nd floor on the girls dorm level, and it would be about a month until students began to arrive for the school year. I remember wandering the empty halls, sometimes popping myself down on the floor with a yellow legal pad to draw anime characters while listening to the radio on a black stereo. There was no real pop or rock stations to speak of in Bridgeport, and for the next year I would become overexposed to over-processed R&B and Hip Hop. I would eventually emulate my peers 'hip-hop' style of baggy pants, hoodies, and a foul mouth.

There was a library on the first floor, a small room with three or four bookshelves filled with old paperbacks and 1970s olive green couches. I would try to pass the days reading, one day I picked up 'The Amityville Horror: A True Story" by Jay Anson off the bookshelf and buried myself in the macabre for two days. Later in the week, our apartment became infested by flies and the hallways started to reek of fecal matter. When my mother mentioned how puzzling/annoying these events were, I sheepishly mentioned they were occurrences that appeared in the book I just finished. My mother flipped out, convinced I had attracted evil spirit world by reading just a book and that must have been the cause of it all. This was the usual response that was bred in the minds of church members; if something unfortunate happened to you, your family, or your friends, it was 'spirit-world attacking' you.

When my sister returned from PLA, she was exhausted and jetlagged. While she slept I sat anxiously in our living room waiting to talk to her, as if when she awoke she would have the power of perspective on how we had ended up here. I wish I had more insight on our situation at the time, or words of preparation for what it would be like living at New Eden for the next year. No words of warning would have prepared us for the verbal, mental, and physical threats we'd receive from our future peers and instructors. Nothing would have prepared us for the isolation we'd feel among our fellow students, reinforcing the belief that we were destined to feel alone despite being among fellow 'blessed children'. Among the sex, drugs, lying, and drama, the only reprieve was our locked bedroom door. 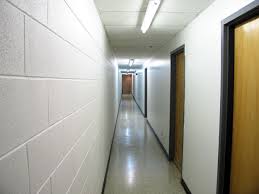 We had created a safe haven in a cell where we decorated the room with our white wooden desks, wooden bunk-bed set, and artwork covering the cement block walls. At one point, I would abandon my sister and fling myself into the belly of the beast, vying for attention and acceptance by sharing rooms with students who I thought were my friends, trading my familiar furniture and sister for brown metal bed frames and backstabbing.

It was a year before the Summer of Cheesecake would even begin, but it was a year I regret with every ounce of my being.
Posted by Lani Barry at 8:22 PM